What are the drivers of poverty in London today? asks New Policy Institute’s Carla Ayrton

On 17 October 2017, United Nations’ International Day for the Eradication of Poverty, the APPG on Poverty and the APPG for London co-hosted an event with London Child Poverty Alliance to launch London’s Poverty Profile 2017. London has the highest rates of poverty in England. At the event London MPs were given constituency-specific information on a wide range of indicators including income poverty, housing, education and debt. In this blog Carla Ayrton, research analyst at the New Policy Institute (npi) and co-author of the report, asks; what are the drivers of poverty in London?

The most recent London’s Poverty Profile is the latest in a report series which look at the patterns of poverty and disadvantage in London (the data is available here). These patterns haven been shaped by the events of the last ten years – the financial crisis, the recession and the programme of austerity from 2010 onwards. At the same time, London’s population has grown substantially – by 845,000 since the first report was published in 2009. 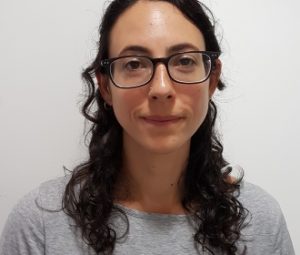 On some measures London is now better off than it was before the financial crisis. Employment rates are as high as they have ever been on existing data and the proportion of households where no one of working age is unemployed is at a record low. Despite the growth in population, the number of unemployed men and women is at a ten year low.

The level and type of employment created hasn’t been sufficient to substantially reduce overall levels of poverty. 58% of people in poverty are in a working family, compared with 44% a decade earlier.

The three big trends that explain the recent story of poverty in London – namely a narrowing but deepening of poverty, and the still high levels compared to the rest of the country – are around work, housing and the social security system.

London’s strong employment rate performance is part of the explanation for declining overall poverty rates. However, the level and type of employment created hasn’t been sufficient to substantially reduce overall levels of poverty. 58% of people in poverty are in a working family, compared with 44% a decade earlier. The proportion of all people in working families in London in poverty has risen from 17% to 21% over the decade. Although the proportion of employees in London paid below the London Living Wage fell slightly in 2016 to 21%, this is still above the levels of ten years ago. Added to this many Londoners are in insecure work or are underemployed, working fewer hours than they need or would like. Tackling low pay and insecure work and making sure that people can progress into secure and well paid employment is key to solving poverty in London.

The second key dimension to poverty in London is housing. After accounting for the cost of housing London’s poverty rate almost doubles, rising from the same level as the rest of England to much higher. Some of the indicators in this year’s London’s Poverty Profile point to those at the sharp end of London’s housing problems. The most recent year of data 2015/16, has at least seen no increase in rough sleeping while homelessness acceptances began to decline after consistent increases since 2009/10.  Even so rough sleeping and homelessness acceptances in London are still significantly higher than a few years ago, despite record employment levels. Rents are high and have increased in the last number of years, while provision of affordable housing in London continues to fall far short of targets.

Unless the role out of Universal Credit is stopped or changes are made, the proportion of people in deep poverty in London will continue to rise.

The third dimension is the changes to the social security system. Over the past seven years, the government has removed some of the support in place to help people cope with the high housing costs in London. Reductions in Local Housing Allowance (housing benefit for the private rented sector), localisation of council tax support and the introduction of the benefit cap and bedroom tax have all made it harder for those on a low incomes in London to survive. At the same time benefits have been frozen until 2020.

Although the government has not announced any new welfare cuts, those announced in the previous parliaments are still being implemented and their effects have not yet been fully felt. Some of these are built into Universal Credit which will be felt as this is rolled-out across London. These changes certainly partly explain why deep poverty has risen and unless the role out of Universal Credit is stopped or changes are made, the proportion of people in deep poverty in London will continue to rise.

Although unemployment is at a record low, still 27% of Londoners are living in poverty. Access to secure jobs which pay the London Living Wage[2], decent and affordable housing and a real safety net for those unable to earn enough are necessary to reduce poverty in London. The record of the last seven years suggest this cannot be left up to central government alone.

London Poverty Profile 2017 was commissioned by Trust for London

In autumn 2021, the APPG on Poverty launched a short inquiry into in-work poverty, putting out a call for evidence then holding two evidence sessions. The first of these ...Read More