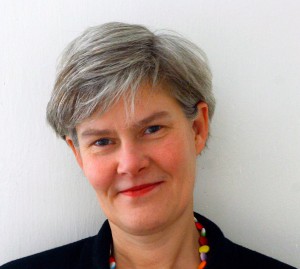 Parliamentarians have a special responsibility to speak out for the most excluded and disadvantaged, those who will struggle the most to have their concerns heard. The all-party parliamentary group on poverty has been set up to bring together colleagues from all parties and both Houses to ensure that the experience of poverty in the UK today remains at the centre of political debate.

It’s especially important for parliamentarians to do this, because, in a rich economy like the UK, it can be hard to persuade the public that poverty continues to exist at all. Of course, the experience of poverty in the UK is not the same as poverty in the past, or poverty today in less developed economies. And of course, poverty can be measured in a number of ways. But using internationally agreed comparators, it’s nonetheless shocking that, in the twenty first century, the UK (still the seventh largest economy in the world) suffers some of the highest levels of poverty in the OECD.

Lack of income shuts off opportunity and participation and brings a whole host of damaging consequences in its wake. These costs are felt not just by individuals and families, struggling to make ends meet, but by society as a whole. The Child Poverty Action Group has estimated the costs of child poverty in the UK could rise to as much as £35 billion a year. That’s the cost to public services of picking up the pieces, as children’s health, education and wellbeing suffer from their families’ poverty, and the lost contribution to our future prosperity as their ambitions are stifled and their potential wasted.

What’s perhaps most shocking about poverty in Britain today is the extent to which it’s experienced in working households, who are forced to rely on in-work benefits to supplement poverty pay.

Politicians have long proclaimed that “work is the best route out of poverty”, and of course, that ought to be the case. But two thirds of children growing up in poverty live in households where at least one adult is working. It’s not that these families lack a work ethic. Far from it. Many will be holding down more than one job, shift parenting, combining a few hours here with an extra shift there, taking seasonal jobs, temporary contracts and agency work, struggling to patch together enough to get by.

Inequalities in our labour market exacerbate the situation. Women, disabled people, those from certain ethnic minority backgrounds, older and young workers all lose out.

It is this insecure, poorly remunerated employment, often lauded as offering the UK the competitive advantage of a “flexible” labour market, that is a major contributor the high levels of in work poverty in the UK today.

So a sustained attack on our high levels of poverty has to look at the way that we organise and reward paid work. The APPG strongly supports the living wage campaign, and wants to engage with business about what more can be done. And we also want government to look at what more it can do to tackle the high costs of working: travel, and especially childcare costs can eat into the gains from work.

The problem in Britain today isn’t that people are workshy or lazy. Even after the worst financial crash in most people’s memory, employment rates remain high. The problem is that too often work simply doesn’t pay enough.

So if we’re serious about tackling the causes of poverty, we have to start in the workplace. Families, and our whole economy, will be stronger as a result.