Is the new impact agenda the excuse you’ve been waiting for to use your research to make a difference?

Sharon Wright and Peter Dwyer, researching the impacts of Universal Credit since 2013 as part of the collaborative ESRC Welfare Conditionality project, reflect on their recent experience of contributing to the Universal Credit debate, to argue that impact activities can be most meaningful if they are aimed at making a difference that really matters.

But if the thought of money as a motivator leaves you cold – and the more familiar competing pressures of teaching, administration and research offer space for little else – is there an alternative way of looking at the new drive for impact?

With the most significant and far reaching impacts bringing in around £324k, pressure is building for academics to strike into uncharted knowledge-exchange territory to secure elusive high-earning 4* impact case studies. The news that research impact will account for a quarter of a unit’s score for the REF2021 research excellence rankings has piqued the interest of cash-hungry University leaders across the country.

“Impact activities can be most meaningful if they are aimed at making a difference that really matters.”

In October 2017, Universal Credit (UC) hit the headlines with public outrage at claimants unable to afford to eat and at risk of losing their homes because of the built-in delay of 6 weeks for the first payment.

One of the greatest injustices is that Universal Credit was sold to the electorate as a reform aimed at simplifying the system and making work pay, and as such, it was originally welcomed widely. However, design flaws are being exposed as contributing to rising foodbank use, homelessness and destitution.

Secretary of State for Work and Pensions, David Gauke, has been resistant to calls for urgent action to restore UC in line with its original policy aims. On 18th October 2017, a unanimous group of opposition MPs won the landmark House of Commons vote, 299 to zero, to ‘pause and fix’ the Universal Credit roll-out.

Decisive to the vote and the ongoing debate, were SNP MP Neil Gray’s authoritative parliamentary speeches, which used cutting edge research evidence, including our article on ‘Ubiquitous Conditionality’, alongside the experiences of his constituents to substantiate compelling arguments for reform: 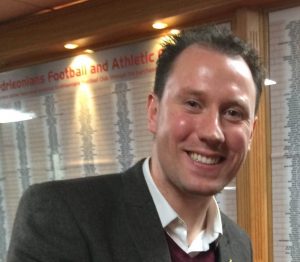 Neil Gray MP, co-chair of the APPG on Poverty

“The Government should review the cuts to the work allowances, which are acting as a disincentive to work and making work pay less; review the cuts to housing benefit, which are driving up rent arrears […]; and review the cuts to employment support, which are denying help to those who need it most, and they should fully review and then scrap the disgusting sanctioning policy, which could have cost the life of my constituent, Mr Moran, and has cost the lives of others. That was the subject of an excellent paper by Sharon Wright of Glasgow University and Peter Dwyer of the University of York in The Journal of Poverty and Social Justice.” Read the full transcript of the debate here.

How did we achieve this impact? Sharon met with Neil Gray on a panel discussing ‘Rethinking Poverty’ at the SNP Conference in Glasgow. Following this, she watched a clip of Neil’s first Universal Credit speech and let him know that our research published in The Journal of Poverty and Social Justice(including the article that was featured in a free collection at the time) backed up several of the points he had made. Via Twitter and email, Sharon sent Neil a link to our recent blog and responded to a follow-up query with additional research evidence. Neil then used the evidence in his subsequent speeches and said:

“Academic and well researched evidence on the impact of Universal Credit is crucial for persuading government to change its mind and fix the system as it is being rolled out.

Sharon’s research and input has been invaluable for me in setting out the case that I have in the House of Commons. The government can try to dismiss or ignore political debate, but personal testimony and independent academia is harder to ignore.

I hope Sharon and others will continue to look at issues like the social security ‘reforms’ so that government policy can be effectively challenged and hopefully overturned, to help people who desperately need that support.”

As an impact activity, the process was quick, easy and direct. The result was Neil’s exemplary use of research evidence for accurate and well-informed debate that continues to feed into meaningful changes to policy and practice.

“…exemplary use of research evidence for accurate and well-informed debate that continues to feed into meaningful changes to policy and practice.”

The focus throughout was straight-forwardly on the issues that matter. For us as academics, the current importance placed on impact activities offers legitimacy to carve out the necessary time to do exactly what we have always wanted to do – proactively engage with policy makers, in a policy field where robust evidence has gone against the grain of dominant political preferences, to use research to make a difference.

Universal Credit, ubiquitous conditionality and its implications for social citizenship from The Journal of Poverty and Social Justice, is FREE to read on Ingenta until 31 December 2017