Despite its swanky reputation, the London Borough of Islington is home to serious deprivation. It is the most densely populated and the fourteenth most deprived local authority in England. Half our kids grow up in child poverty and half our older people grow old in fuel poverty. 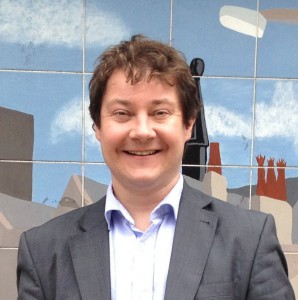 Yet it also has more than its share of millionaires, making it one of the most unequal places in Britain: there is a seven year gap in life expectancy between men in the highest income bracket and those in the lowest, and a ten per cent gap in educational attainment between the most affluent and least affluent children by the time that they leave primary school.

Against that backdrop, and convinced that inequality is bad for us all, Islington Council established the Islington Fairness Commission – the first in the UK – in June 2010 to tackle poverty and reduce inequality in the areas that matter most to people’s life chances. Professor Richard Wilkinson, co-author of The Spirit Level: why equality is better for everyone, and I co-chaired a group of twenty cross-sector, cross-party Commissioners, charged with shaping the borough’s agenda, strategy and budget for the years ahead to lay the foundations for a fairer Islington.

We mounted a year-long listening exercise, built around seven public meetings held throughout the borough with over five hundred attendees. The subject clearly resonated: we still had two hundred people at Highbury Grove School at ten o’clock one night, debating their vision for a fairer Islington. We heard testimony from local residents and evidence from expert witnesses, received written submissions from over a hundred local organisations and individuals, held bilateral discussions with a wide range of community groups and set up a cross-departmental problem solving team. A year later, in June 2011, we published our final report, Closing the gap.

In that report we made nineteen radical yet realistic recommendations to make Islington a fairer place to live and work.

Top of these recommendations was to make Islington somewhere that no-one does a hard day’s work for less than they can live on. This meant tackling the growing problem of in-work poverty by paying the Living Wage. First, the council got its own house in order, chopping £50,000 off its Chief Executive’s salary to pay for 110 of its own directly employed staff to move up to the (London) Living Wage, disproportionately benefiting women and black and minority ethnic workers, and narrowing the organisation’s pay ratio to 1:10. Then we built the Living Wage into our commissioning and procurement. Now, 92 per cent of our contracts – including big ones with Mitie (security), Kier (housing), Enterprise (environment), Caterlink (catering) and Aquaterra (leisure) – require contractors’ staff to be paid at least the Living Wage too. This has been achieved with no consequent job losses and without any additional expense to the taxpayer. From March, our home care contracts will insist that hundreds of domiciliary carers get a Living Wage too. That will just leave our care homes, mostly run by Care UK, to crack. Meantime, we are exercising civic leadership by persuading other employers in the borough, across the public, private and voluntary sectors, to pay the Living Wage as well. In the light of this work, Islington became (in March 2012) the first local authority in the country to be accredited as a Living Wage Employer.

The Fairness Commission clocked personal debt as a real challenge in our borough, so we have tightened up our trading standards activity around payday lenders, helped our local credit union grow its membership by 65 per cent and secured £1m from the Big Lottery Fund to set up the Fit Money scheme to do work on financial literacy with young people on our estates. We have also opened the first new Citizens Advice Bureau in London in 20 years at a prime high street location to offer residents top quality advice as the Coalition’s cuts to social security bite. It is now receiving a thousand visits a month.

The Commission recommended we address the pressing issue of youth unemployment. As a result, we have partially replaced the Educational Maintenance Allowance that the government has cut, as well as securing 100 new apprenticeships, 15 mentors, and 120 work experience placements. For younger children, at the Commission’s recommendation, we have set up a new programme of work called First 21 Months to support families from conception through to a child’s first birthday, established a Childcare Coalition in the borough to maximise the affordable childcare on offer to hard-pressed parents, and mounted a major literacy drive called Islington Reads. We have done this while protecting all our children’s centres from swingeing government cuts and continuing to offer Free School Meals to all Islington primary school children, improving the diet, behaviour and learning of all our kids.

The Cripplegate Foundation, whose Director was one of our Fairness Commissioners, have since set up Islington Giving, enabling those with money or time to contribute to the borough’s fairness agenda. So far, it has raised £2m, recruited 1,000 volunteers and set up a Good Neighbours scheme on the New River Green estate to tackle social isolation among older people.

The Commission also identified housing as a key area of concern. Accordingly, we are on track to build 2,000 new affordable homes by 2015 – more than anywhere except Birmingham – and we are insisting on social rents, rather than the government’s so-called ‘affordable rents’ of up to 80 per cent of market value, which are not affordable in any meaningful sense around here. We have also invested £20m of the Council’s pension fund in new house-building nationwide.

Other initiatives flowing from the Commission’s work have included bringing disused communal spaces on many estates back into community use, a major programme of insulation and boiler replacement, building a communal power station to provide cheaper, greener heat, introducing compulsory recycling, becoming London’s first 20mph borough and establishing an integrated Antisocial Behaviour Hotline.

We are delivering on the Commission’s recommendations – both in letter and spirit –
and we expect to be held to account. To keep our foot on the gas, a report on progress towards implementation is published and debated publicly every six months. The recommendations have been hardwired into the council’s corporate plan. So, we are making sure the Commission actually delivers on the ground, where it counts.

Alongside its benefits in terms of policy and practice, the Fairness Commission has had political benefits too. It has provided Islington Council with clarity and simplicity of definition, so that people know what we stand for and what we are about. Now, every new applicant for a council job turns up to interview explaining how they want to help make Islington fairer. It has provided a fairness framework and rationale for the difficult decisions we have to make and enabled us to exercise influence outside our authority.

There are now ten other Fairness Commissions around the UK, in Liverpool, Newcastle, York, Sheffield, Blackpool, Newport, Tower Hamlets, Southampton, Plymouth and Oldham. The New Economics Foundation, Just Fair and the Local Government Information Unit are looking to organise a Fairness Convention in the new year to bring them all together (along with other equivalents, such as Birmingham’s Social Inclusion Programme and Camden’s Equality Taskforce) to compare notes and develop a national fairness agenda. This innovation in local government has also caught the attention of national politicians who see councils putting flesh on the bones of their ‘fairness in tough times’ mantra. There has even been some interest from across the Pond.

In the end, much of the poverty and inequality in our society can only be tackled at a national (or international) level. What these Fairness Commissions are saying and showing is that there are nonetheless actions we can take locally to make our society a fairer place.