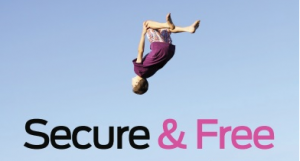 Join Compass and the All Party Parliamentary Group on Poverty for the launch of Secure and Free: 5+ steps to build a secure and free nation.