On Wednesday 18 January 2017, the APPG on Poverty hosted a parliamentary seminar to launch the End Child Poverty coalition’s  ‘Feeling the Pinch’ report and campaign

The seminar explored the reports key findings including the reductions in the value of benefits relative to the cost of living, the impact of the freeze of housing benefit for families living in the privately rented sector and the poverty premium. 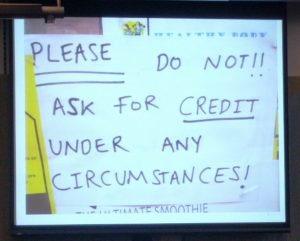 Image from presentation by Dr Kingsley Purdam, Senior Lecturer at the University of Manchester

The seminar was chaired by Neil Gray, MP for Aidrie and Shotts and Vice Chair of the APPG on Poverty. Panel members included: Dr Sam Royston, Director of Research and Policy at the Children’s Society and Chair of End Child Poverty; Baroness Claire Tyler, Chair of the House of Lords Financial Exclusion Committee and President of the National Children’s Bureau; and Dr Kingsley Purdam, Senior Lecturer at the University of Manchester.

Stephen ‘Professor Green’ Manderson also attended the seminar accompanied by 10 year old Kelly Louise. They are making a BBC3 documentary exploring why increasing numbers of children in Britain are growing up in poverty. Kelly Louise bravely shared her experiences of poverty saying,

‘Our landlord wanted to sell the flat so we had to move out… We had to live in a hostel…It made me stressed and worried… Why do mums have to worry about heating?’ 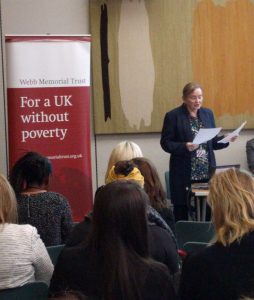 ‘Members of the coalition know too well the impact that poverty has on the lives of children and young people. The young person who spoke of her experiences of living in poverty further highlights why the Government needs to take action to lift the four-year freeze on child benefits and to ensure high prices aren’t paid by those who can least afford them.’

‘We would like to thank all the speakers and participants who helped to make the event such a success.’

Neil Gray MP, SNP spokesperson for Fair Work and Employment and Vice-Chair of the APPG on Poverty:

“For many, January can be a tough month but for people who are struggling to make ends meet it is even harder as they have little option but to watch as the cost of everyday essentials soars but benefits and incomes remain frozen.

“The Tories’ four year freeze on working-age benefits, including child tax credits, working tax credits and Jobseeker’s Allowance, means that families could lose around 12% of their financial support by 2020 – with the incomes of women and disabled people being hit disproportionately.

“And the best deals on basic services like metered energy are often unavailable to people on low incomes because they cannot take advantage of pay in advance or direct debit deals – which has been named the “poverty premium”.

“It is absolutely imperative that the UK Government end the freeze on benefits as only by reversing this punitive freeze and working with businesses to tackle the “poverty premium” can we really take a step forward in eliminating poverty.” 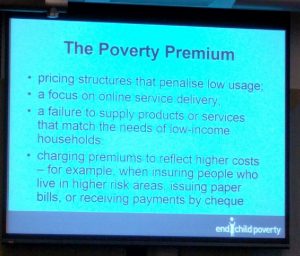 “With four million children growing up in poverty, this report should serve as a wake-up call for the Government.

It highlights the pressures families face as costs of living rise. This is likely to leave a family with two children worse off by £2,800 a year.

The report rightly calls for an end to the “poverty premium.” It is not acceptable that the poor pay more for everyday essentials.

It strengthens the case for a target to reduce child poverty and the bill that I am introducing to Parliament will seek a cross-party consensus to achieve that.