The Living Wage is an idea whose time has come

Posted on 12 Sep 2013 under Previous Publications, Working with Business 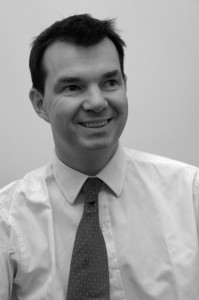 As a Conservative Member of Parliament I believe that lower taxes stimulate growth and jobs, that smaller government is invariably better government, and that government must “ensure that work always pays”, by making sure those in work are better off than those on benefits. I also believe in hard work. Yet for too many people in our society a hard day’s work no longer means a fair day’s pay.

Ever since the financial crash in 2008 the topic of “pay” has been dominated by the pay of those at the top. From golden hellos to golden goodbyes via golden handshakes – it’s a discussion which has often ignored those at the bottom. I sit on the advisory board of the High Pay Centre, alongside those great thinkers of the right: Green MP Caroline Lucas and TUC General Secretary Frances O’Grady. At the High Pay Centre we have been making the case for corporate responsibility and pay restraint in the boardroom. It is now time we make the case for fairer pay at the bottom too.

Britain is a country where some workers earn so little that the government has to step in and provide aid. That is the system of tax credits we have; a subsidy by any other name, and a £4billion one at that. How and why did we let it become acceptable for a full time job not to pay enough to live on? The living wage isn’t just a wonkish idea – it’s the political world catching up with the reality for many Britons.

When the national minimum wage was adopted in 1998 many were sceptical. The fear was that it might hit the number of jobs available. There is ample evidence to show this is not the case: for example, in 2012 the Institute for Social and Economic Research at the University of Essex researched the minimum wage and “found almost no evidence of significant adverse impacts on employment”. Today, the minimum wage is supported by all three mainstream parties, and rightly so. Yet for many the minimum wage does not represent a fair wage.

There are some who have the same scepticism about the living wage – that it potentially penalises business, and holds back growth. It may just be the old socialist in me, but when did it become a hindrance rather than a duty for a business to look after its employees? The days of Lord Armstrong and Joseph Rowntree building houses for their workers and ensuring a decent standard of living may belong in a bygone age, but surely some those principles should still apply?

I fervently believe a business has a responsibility to its employees and wider society.

Some businesses already embrace the principle. In the US the wholesale giant Costco has broken the mould: they pay their staff $11.50, compared to the federal minimum wage of $7.50. Their CEO, Craig Jelinek, made the point succinctly: “we know it’s a lot more profitable in the long term to minimize employee turnover and maximize employee productivity, commitment and loyalty.”

I would like to take this opportunity to congratulate and welcome those businesses and organisations that have committed to paying the Living Wage. They include everyone from the big corporate beasts like Deloitte and Barclays, to Aquila Way, a Housing Association here in Gateshead in the North East who help turn around peoples lives from emergency to independent living. I have met with some of these accredited firms and they all have strong anecdotal evidence of improved morale, staff retention and productivity. One firm increased its staff retention in one department by 65%.

If you won’t listen to the arguments of an old left winger like me then, at the very least, listen to the HR Director of Barclays, Dominic Johnson, who I have met. He said “it makes sense for business”. Or listen to Guy Stallard, head of Management at KPMG Europe, who said the Living Wage has “reduced staff turnover and absenteeism, whilst productivity and professionalism has subsequently increased”.

The Living Wage doesn’t just work for business. It makes sense for the government too. The IPPR and the Resolution Foundation have found that even if the employers that could easily afford to, the so called “non low wage employers”, paid the living wage then the savings to the Treasury per annum would be in the hundreds of millions. This would be the result of increased tax receipts, increased national insurance contributions and savings on benefits like tax credits.

Even enthusiasts like me have to accept that there remains a lack of detailed analysis of the effects of a Living Wage on individual sectors. I will be working hard to ensure that the Government takes seriously the conclusions of the “Living Wage Commission”, chaired by the Archbishop of York, John Sentamu. It is vital we are able to monitor the economic effects of the living wage and demonstrate the benefits, and the negatives, of paying a living wage.

The Prime Minister was right when he said that “the living wage is an idea whose time has come”. The Living Wage started off as a belief and became a campaign. It is now time for us in Westminster to return to our constituencies and make the case for our individual businesses to pay the Living Wage.