‘Working for their poverty’: Moving beyond Labour’s Minimum Wage

Posted on 07 Sep 2013 under Previous Publications, Working with Business 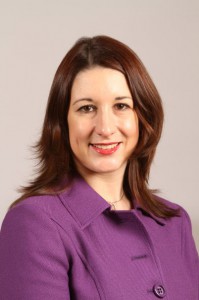 The campaign for a Living Wage is about offering people dignity in work and empowering the disadvantaged in society.

A living wage can lift families out of poverty, helping them become less reliant on private debt or state benefits. For many hard-working people, a modest rise in their income (the current Living Wage is £7.45 an hour or £8.55 in London) can help stop the sleepless nights spent worrying about tomorrow’s meal or next month’s rent.

It’s about supporting parents who want to spend more time with their family and children, but currently spend any free time taking on a second job. It can help a young worker who wants to go to evening classes to improve their chance of progression, but instead has to take a shift in the pub on the side to make ends meet. A living wage helps the women who are cleaning office buildings whilst many of us are just getting out of bed.

It isn’t right that so many people are, in Ed Miliband’s phrase, ‘working for their poverty’. Research from the Resolution Foundation show that currently 4.8 million people in this country go to work but don’t earn a living wage. The situation looks bleak, as new figures reveal that almost 60 per cent of new jobs created since the Spring of 2010 have been in low paid sectors of the economy. We need to act now.

The Living Wage campaign can be a powerful way of confronting this scandal of low pay. A coalition of businesses, trade unions, charities, universities and other organisations are working together to encourage the take-up of the living wage. The Labour Party is also part of this movement. Rather than acting as a passive opposition, Labour councils across the country are leading the way in making a commitment to their staff, who play such a vital role in keeping local services running. It is not easy for local authorities to find the money in these tough times, but Labour councillors are showing that even in difficult times, we can protect and support some of the most vulnerable workers. 15 labour-led councils are now accredited living wage employers and dozens more are committed.

We are seeing impressive numbers of other employers sign up too. Far-sighted businesses are increasingly aware of the benefits that come from paying a living wage. Studies by the Greater London Authority and Queen Mary University of London found clear evidence that employers have benefited across a wide range of areas. Companies such as KPMG have seen higher worker morale, motivation and productivity and a reduction in staff turnover and absenteeism.

But I want government to do more to incentivise the take-up of the living wage. We can learn from colleagues in local government who are using their procurement powers to extend the living wage into the private sector. Islington Council, for example, has now built a living wage requirement into 97% of its contracts. I have asked Alan Buckle, Deputy Chairman of KPMG international, to lead a consultation with employers to better understand the barriers that they face in improving pay and prospects for their staff, and the way in which government can best encourage and enable them to do so.

Confronting in-work poverty has always been at the heart of the Labour movement. Our party was born out of the self-organisation of workers in the nineteenth century who fought for a share of the fruits of the industrial revolution. It was Sidney and Beatrice Webb who made the argument that the livelihood of ordinary people could not be left to market forces alone, but that a “doctrine of the living wage” must be applied.

In 1998 the last Labour government implemented a National Minimum Wage. This helped lift millions out of poverty, reduce income inequality and help to narrow the gender pay gap. It is a legacy that sits alongside the creation of the NHS as one of Labour’s greatest achievements.

But it must not be the summit of our ambitions. That’s why in government we will do everything in our power to promote the living wage.