Sue is part of Dole Animators – a group of people with experience of the social security system in the UK who work together to highlight the effects of welfare reform. In 2017 Dole Animators  produced a five point plan for a brighter future – their blueprint for addressing poverty and insecurity. Sue spoke at an event in Parliament in July about her experiences, and shares them here:

The last few years have been interesting for me – from meeting some wonderful people to being made to feel worthless which meant confidence and self-esteem plummeted in a downward spiral!

Having worked for over 30 years I am well aware of the benefits of being in work from financial to social and everything in between. Stopping work was not something I had planned for or had even thought about and why would I? Everything was going well for me. I had had no idea I would become so ill that I had to stop work and look to our social security system for help. This was definitely not a lifestyle choice as has been implied by many of our fearless politicians over the last few years.

Whilst I appreciate there has to be some systems and checks within the welfare system I do think the current system makes it more difficult for people to get the help they need. If I hadn’t been so angry and frustrated at trying to find out why my second ESA claim had been rejected I wouldn’t have contacted my MP to see if he could help. The outcome of this was that a senior adviser contacted me within a couple of days. Whilst it was great to speak to someone and go through my case it made me feel quite inadequate that I couldn’t manage to sort it out myself. It worries me that some people will be slipping through the net because they have had an application rejected for incomprehensible reasons and don’t have the energy to battle with the DWP.

There was one incident that I can now look back on with a small amount of amusement, when I went to the Job Centre to see an adviser. I was early for my appointment and decided to get a cup of coffee to take with me. When I walked into the Job Centre I was immediately approached by three burly security men all shouting at me saying I couldn’t bring coffee in with me as it was a ‘dangerous weapon’ as I could throw it over someone!! There was no way I would even consider doing so not least because I had spent £2.30 on it but it would never have crossed my mind. I was marched out of the Job Centre very quickly and was made to feel as if I’d committed a heinous crime.

Whilst slightly amusing the incidence is also very sad. It would have been much better had only one security guard came across to me and told me, quietly, that drinks were not allowed in the building and could I go outside to drink it. A small change but one that would have made a great deal of difference. It makes me wonder why such upsetting behaviour was shown to me and how many other people experience such aggressive attitudes. 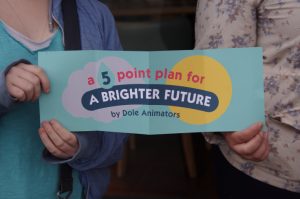 I think it would make a huge difference if the relevant select committee had some teeth and that any recommendations they make have to be acted upon. Having listened to some of the sessions over time they have identified many problems with the current social security system, yet changes are still being rolled out. They have also been scathing about the sanction protocol, which is a disgrace and should be immediately stopped. I really don’t understand why is it so difficult for politicians to admit a system isn’t working.

I would really like to see those politicians and civil servants involved in making these wide-reaching changes to the welfare system put themselves through (anonymously, of course) either as a job seeker or a disabled person to see what problems the system has. Unless they can walk in someone’s shoes their decisions to change systems become impersonal, and I don’t believe they have sufficient understanding of what effects changes may have.

At some time most people will claim one of the current 40+ social security benefits – be it child allowance, tax credits or jobseekers allowance. We must stop this idea that only people in work are ‘better’ or ‘more deserving’ than those currently out of work. Life can sometimes bite you on the bottom when you least expect it, which may mean huge changes to your working life in the short, medium or long term. We shouldn’t become a nation that penalises people for needing financial help at times when their life has crashed in front of them.