An Action Group on Fairness and Tackling Poverty was set up by Mayor Joe Anderson in January 2013. The remit of the group is to encourage all civic stakeholders to join with the Mayor and City Council to tackle poverty and provide support and assistance to those citizens suffering hardship in the current climate of austerity. The Mayor appointed Councillor Jane Corbett as the City Cabinet lead on poverty and asked Frank Hont – former Regional Secretary of UNISON and a member of the Liverpool Fairness Commission – to chair the Action Group. 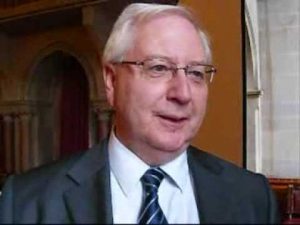 The group is made up of elected Members of the City Council, senior officers from the local authority and some partner organisations. It meets monthly and reports directly to the Mayor. The group has also recognised the need to look at collaborative work with those agencies with the potential to influence the wider determinants of poverty. Work has been initiated with primary schools, housing associations, the third sector – especially those organisations providing advice and assistance, faith groups, North West TUC, food banks, credit unions, the DWP and the Health sector building on the recommendations and evidence produced by the Liverpool Fairness Commission chaired by Claire Dove OBE.

The City of Liverpool has a long history of higher than average levels of unemployment and poverty. Levels of deprivation within the city are particularly high in the north where virtually all neighbourhoods are ranked in the most deprived one or ten per cent nationally (Index of Multiple Deprivation 2010). At a time when Liverpool is making real progress on regeneration and growth the current austerity is hitting some local communities hard. Liverpool City Council hold the view that the role of local government should be to ensure that there is provision to meet demand and a model of care available which promotes independence and builds on existing community assets. However, many challenges remain.

Some examples from the work of the Action Group include:

The current wave of welfare reforms have – and will continue to have – a major impact on many Liverpool families.

The “bedroom tax” will affect 11,500 tenants in the city. In the Norris Green ward alone 1007 tenants are affected with a total annual housing benefit reduction of £741,000.

The City Council is working hard to alleviate the pressure on families through the Liverpool Citizens Support Scheme and the Discretionary Housing Payment. The new local scheme is there to support vulnerable people in urgent need who have no access to other means of support. This might be to allow them to live in the community or to deal with a particular crisis.

The group is working to highlight the changes in support for families by promoting the Liverpool Citizen Support Scheme. Citizens will face wave after wave of changes as welfare reform measures kick in. The “benefit cap” implemented in August 2013 will mean an average cut of £50 per week. The impact of the introduction of PIP is yet to be estimated but is likely to mean that more than 5000 people who currently claim Disability Living Allowance will LOSE their benefit at a cost to our local economy of about £20 million a year.

We are in the very early stages of the welfare reform changes but are already seeing evidence of the detrimental effect they are having on families and in particular those with learning disabilities and/or mental health issues. People in this group are fearful of the changes as they do not completely understand them and are feeling stressed and anxious. For those people who have lived in a certain area all their life and face a move the stress is even more damaging. Liverpool Clinical Commissioning Group has just delivered a pilot scheme of Citizen Advice Bureau delivery in health centres to mitigate the effects of welfare changes. Outcomes were favourable with clinicians feeling that less of their consultation time was taken up addressing social issues and that patients’ health and well-being was improved.

The poorer people are, the worse their diet, and the more diet-related diseases they suffer from. This is food poverty. Poor diet is a risk factor for the UK’s major killers of cancer, coronary heart disease (CHD) and diabetes. Those on low incomes suffer from poor diets, as evidenced by lower fruit and vegetable intakes, and a higher prevalence of dental caries among children. Food bank usage is growing in the city. A total of 1162 people were fed by the North, Central and South Liverpool foodbanks in March this year – a 46% increase on 2012.

Our Action Group has been working with the Primary School Heads to initiate a full city wide roll out of free breakfasts for schools in the Autumn and plans are well advanced.

Many low income families will bridge the gap between income and rises in cost of living by taking on more debt, reflected in the proliferation of payday loans companies in the city. A report by a debt counselling charity Consumer Credit Counselling Service (CCCS) suggested that 8 out of 10 people with debt problems say their financial difficulties are having a negative effect on their lives, jeopardising their personal relationships, health and ability to carry out their jobs. Nearly half of those questioned said their problems had a very negative impact on their health, only 6% said it had no effect. Two-thirds said debt affected their ability to do their jobs, with CCCS clients saying “work has become difficult due to the constant worry about debt”, and that they “found it difficult to concentrate some days” as they were “continually worrying about money”. The group are encouraging the development and use of Credit Unions in the city to support families to save and the Mayor has put £1 million of funding to pump prime their activity in the city.

This is just a sample of the work being undertaken and the Action Group are acutely aware of the way in which poverty has a direct effect on health – and in particular the health of children. Children living in poverty are significantly more likely to experience poor health and educational outcomes. This is clearly not a new issue and research and reports by social reformers going back to the late 18th century make the same point time and time again. More recent research by Richard Wilkinson and Kate Pickett underlines how inequality impacts on everyone in society and how the more unequal a society is the more damaging it is for all.

Our work in the Poverty Action Group here in Liverpool has shown that citizens often know things that many professionals don’t know; that citizens are willing to invest to improve their own quality of life and into helping others; they have diverse capabilities and talents which they are willing to share with professionals and – perhaps most importantly are prepared to engage in collaborative rather than paternalistic relationships with staff/professionals.

The evidence is there that by engaging with citizens it is possible to transform the perceptions of people as passive recipients of services into one where they are equal partners in designing and delivering services. Services that develop social care and health away from paternalism and towards reciprocity.

The elected Mayor of Liverpool and his Cabinet are determined to harness this energy and work in partnership with all those prepared to work together to improve the quality of life for Liverpool citizens and take action on poverty.