A new bill being introduced to Parliament will set a new target to end child poverty, says Dan Jarvis MP

Dan Jarvis, MP for Barnsley Central, wrote a guest blog for Mumsnet following the recent APPG on Poverty launch of the End Child Poverty Coalition’s ‘Feeling the Pinch’ report on the impact of rising prices and reducing family income:

One of the great privileges of serving in parliament is the wide range of people that you have an opportunity to meet. Kelly Louise, a remarkable ten year old, stands out for having bravely shared her experiences of poverty.

At a recent event in parliament, she spoke about the stresses that poverty imposed on her family, how that affected her, and the coping mechanisms she deployed to make life liveable. From what you wear to school, to the home you return to, she conveyed how poverty can shape so much of a young person’s life and relationships. 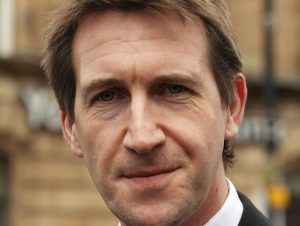 Her words were so powerful partly because they reflected all the things that we want for our own children. Kelly Louise concluded by asking, why it is that some children have to grow up facing similar challenges – and why isn’t more support offered to parents bringing up children in the most difficult of circumstances?

When you see poverty through the lens of children and young people, the solutions become a little clearer, as well as more urgent. So while we rightly applaud the spirit and bravery of a remarkable girl, I think we also owe Kelly Louise answers.

We all feel injustice when we witness children having a hard time, with opportunities open to others being denied to them. That is what motivates me to campaign against child poverty. It’s the reason why I stood for parliament in the first place.

I believe politicians have a duty to ensure that every child has the childhood they deserve and the opportunity to achieve success in their future. It is unacceptable to settle for anything less, and we should reject the lottery of birth determining someone’s path through life.

One in every four children are held back because they grow up in poverty. By 2020, the experts predict that levels of child poverty will increase by 50%. That is why we need a new approach.

I am introducing a bill into Parliament to set a new target to end child poverty, and to ask the government to bring forward a plan to achieve it. There are a number of further steps which the government should take.

One in every four children are held back because they grow up in poverty. By 2020, the experts predict that levels of child poverty will increase by 50%.

The importance of a child’s early years in forming their life chances is widely agreed. It is a smart investment to support children during those crucial early years of life, when it has the greatest impact in closing the gap between disadvantaged children and their wealthier peers.

Cutting support to children and their families is short-sighted. Two-thirds of children in poverty grow up in a home where at least one parent works, so providing more support to those who are in work and in poverty is critical. That will require policies to promote more secure work and offer support to lower earners so that they can progress to better paid jobs.

Britain can be a country in which everyone has a good childhood and an equal chance to achieve success. It is perfectly possible to make that a reality, provided political leaders take the decisions required.

For Kelly Louise and millions of children across our country, a target to end child poverty can send a powerful signal that politicians are on their side. The bill that I am introducing seeks to move us one step towards achieving that vision, and it will be debated in parliament on Friday 3rd February.

I hope it receives support from across the political spectrum because, whilst children may be 20% of the population, they are 100% of our future.

This post originally featured as a guest blog on Mumsnet